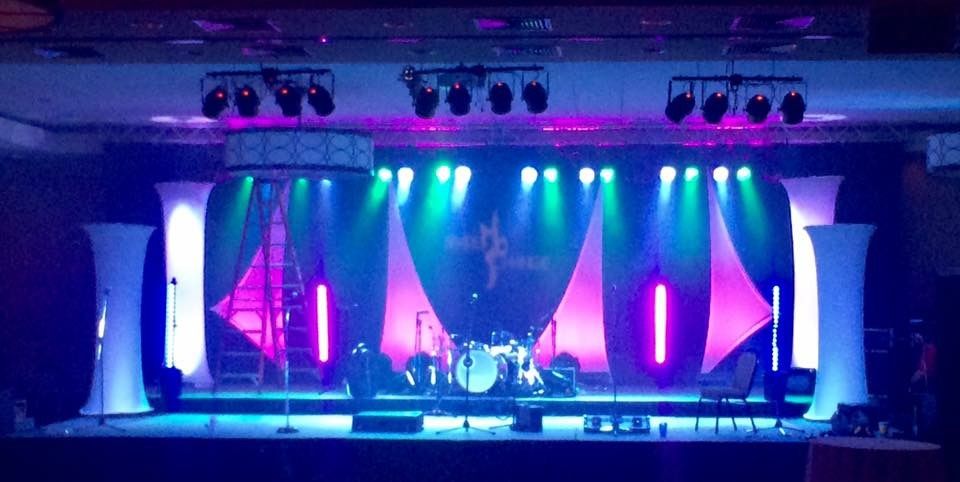 It had been a pretty good week so far. The kids have started back to school so the amount of time I have to get things done has quadrupled, at least. I sat down at my desk and answered some emails and that sort of thing. Once I finished with that I had some new light fixtures I was interested in playing with so I went out to the truck and grabbed the lighting console out. The one we use isn’t new by any means so I basically have to create any new fixtures I want to use with it because the company doesn’t update them anymore.

I got the booklet out and went to work programming. I was just about done and that’s when it happened. The console just froze up. No big deal. It’s happened before so I just cut it off and turned it back on. When it came back on, though, it didn’t start up properly so I repeated the process. The third time that happened I started to get a little worried. We have a show tonight and this can’t happen now. That’s when it hit me.  I just backed everything up a couple of weeks ago. I wiped the sweat from my brow and probably got a slight smile on my face. I did a hard reset on the console, which completely wipes it of everything we have spent countless hours programming, and it worked. The console booted up and was working again. I then popped the disk in and loaded the backed up file. “ERROR!”  I tried again.  “ERROR!”  “This can’t be happening,” I thought. So there I am, defeated, and knowing what had to be done.

I’m a singer, not the light guy, so I have a very basic knowledge of what was programmed where so to say I was winging it would probably be an understatement. But, alas, that’s what I did. I created all of the fixtures needed and went to work again. I programmed for what seemed like hours and got a basic set up done to, hopefully, get us through the night.

By this time, it was time to get ready to go to the gig so I got ready, picked up the kids from school, dropped them off at their Granny’s house, and headed toward the gig.

We arrived and got everything set up so I started checking everything. The lights were going crazy! Log story short, after working for a little while I needed up having to delete all of the programming I did at home before. I then worked diligently from then until it was time to hit the stage.

We made it through the gig with somewhat of a light show so I guess we’ll call that a “win.”  Let’s just say that I don’t want a repeat of that day, though, and I will definitely think twice about working on stuff like that on a day that we have a gig.