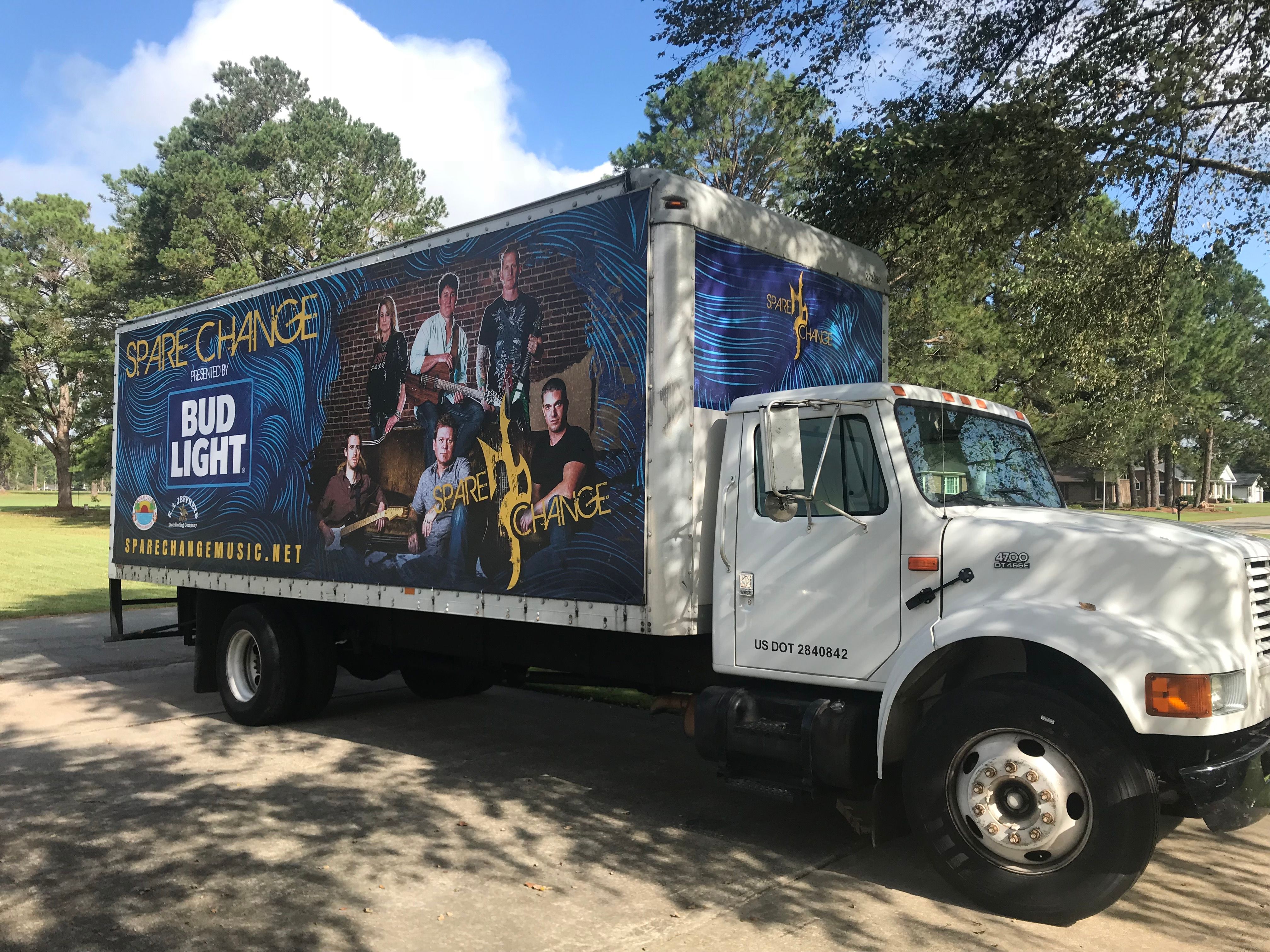 Here’s a little something for those who don’t know much about bigger trucks.  Everything you don’t already know is either learned through your own experience, or the experiences of others willing to share with you.  Hopefully, this will help someone learn from our experience.

As most of you probably know, we have a big truck that hauls around our gear to and from our shows. We are musicians so we didn’t realize that you had to become a trucking company as well.  You other bands know what I’m talking about….

In this particular case, we were driving along and the truck started shaking, and even “jumping” up and down.  It wasn’t coming completely off of the ground, or at least I don’t think it was, but it was pretty significant.  We didn’t know what in the world was happening.  We then noticed that our tire on the front was worn just in little spots all the way around it. We took it in to the shop and they replaced the tire for us.

The next week we were back on the road again and the same thing started happening again.  The brand new tire was already wearing the same way.  Now, these tires are not cheap so we immediately took it back in to the shop.  They told us we needed to take it to be lined up, so we did.

So I’m sitting there after they pull the truck in, expecting to be there for a little while waiting for them to line it up, and then I would hit the road.  To my surprise, one of the guys came out and asked me to come to the back with him, where the truck was.  I reluctantly followed, not really sure what was going on.  We approached the truck, which had both of the front tires off the ground.  He then walked over the driver side tire and rotated it and tried to wiggle it.  Nothing happened.  We then went over to the passenger side and he proceeded to do the exact same thing, only this time, the tire moved side to side, like an old bicycle tire that had been run over.  I said, “Yeah, that doesn’t look good.”  He agreed and said that we needed to replace the kingpins.

The kingpins apparently keep the wheel from moving from side to side on larger trucks.  Maybe I’m telling on myself a little here, but I had no idea what a kingpin was.  Our drummer, Jeff, knew exactly what I was talking about, but he can also completely strip down and vehicle and rebuild it again.  I….cannot do that.

So, we took the truck back to the shop and told them we needed to have the kingpins replaced, and they had to basically cut some of the tread off of that brand new tire in order for it to be square again.  We haven’t had any problems out of it since then, until just recently.  We just had them replaced again but it didn’t take two tires to figure out what was going on this time.

I hope this has been informative, and maybe even helps someone with a similar issue.