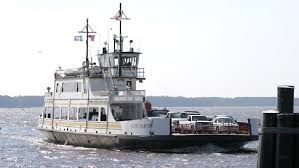 I thought we’d tell some stories in this post.  Let’s talk about Veronica a little…

Veronica had a short period of time where she was late to some of the gigs.  Now you would expect to hear some excuse of traffic, wrong turns, or nearly any other traffic-related reason.  Her’s was a little more out of the ordinary.

She showed up to a gig in the outer banks one time with a story about a big ferry.  Where we were there was barely any cell service so we couldn’t really make or receive calls.  I think it was Wayne that finally got a call from Veronica.  She asked if we all had to take a ferry to get to the gig and then we lost her.  We all chuckled a little but we were worried that she wouldn’t make it on time.  She ended up getting there just before it was time to start.  Nobody else came anywhere near a ferry to get there so we asked if she had “take ferries” disabled on her GPS and she said she did.

We were playing a wedding in Laurinburg, NC and Veronica was late again.  The story this time was even more outrageous.  If you know anything about Laurinburg, you know that it is not really located near a body of water.  It’s about as inland as it gets, but somehow Veronica managed to find another ferry.  This time it was a single car ferry so one car would enter and go across and then it would have to come back across to get another vehicle, which means there was more than just Veronica’s car there to take the ferry.  We joked about them having to use the rope to pull them across and that sort of thing and then played the gig.

There was one more time where she was going to end up on a ferry, but alas, it was closed when she got to it so she had to recalculate, or her GPS did anyway.

Afterward, we checked her GPS and, of course, she had not disabled the ferry option on her GPS so we helped her with that.  As far as we know there haven’t been any other ferry events on Vern’s rides to the gigs, but she might just be keeping those to herself.